Check Out These Cool Israeli Gadgets for the Holiday Season 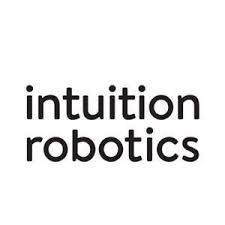 Cool tech is at the top of gift-giving guides this holiday season.

From TIME Magazine to Mashable, Town and Country to Apple, trendy gadgets and must-have apps are topping pretty much every December gift list. And some of the most popular recommendations are Made in Israel. NoCamels scanned the never-ending gift guides and found that global tech critics and reviewers are hyping blue-and-white robots, wellness gadgets, selfie improvement apps, and even something for Fido for Channukah and Christmas gift ideas.

Here are 9 must-have Israeli gadgets and apps getting love on international gift lists:

It’s the most wonderful time of the year. And TIME magazine recently published a list featuring the “100 Best Inventions” of 2019 that are making the world “better, smarter, and even a little more fun.”

The Temi robot, a 3-foot-tall personal rolling robot with a 10-inch touchscreen for a head, is one of four of the world’s best inventions in the “home” category on the magazine’s list.

Temi takes multi-tasking to a new level. The Alexa-enabled device can answer questions, order groceries, play music and videos, make calls, control your smart home, follow you around your house (except up or down stairs), and call for medical assistance. It can also serve you drinks.

ElliQ, a tabletop robot companion created by Israeli company Intuition Robotics, can be found on lists dedicated to seniors. Age is not a barrier to enjoying new trendy tech – but finding the right gadget is still important. ElliQ was designed to keep loneliness at bay. It reads out messages, displays photos, and answers video calls. The robot can also make appointments and remind users about their medication regime.

Intuition Robotics was founded in 2015 by Itai Mendelsohn, Dor Skuler, and Roy Amir. In 2017, it raised $20 million, including $14 million from Toyota AI Ventures, the investment arm of the Japanese auto giant. It was named the Best of Innovation Winner in the smart home category at CES 2018. Earlier this month, it was given a special mention in TIME magazine’s Best Innovations of 2019.

Every December, Apple publishes its Best of the Year app lists. Gift-givers seeking to keep their family and friends in the loop, can look at the Top Paid Apps of 2019 for gift ideas.

Topping the Paid Apps of 2019 list is FaceTune, the trendy photo editing app for enhancing and retouching photos. FaceTune is created by Jerusalem-based Lightricks, among the first app developers to prove to App Store users that consumers would pay for and subscribe to apps that offered them incentives. Lightricks is known to help amateur photographers and videographers master professional-style photo editing via its apps.