6 Ways to get your Culture Fix Amidst the Coronavirus Pandemic 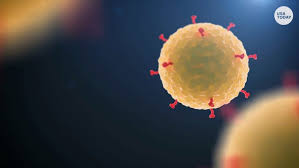 Some 50,000 Israelis are currently in quarantine with a majority of the rest of the population practicing social distancing, caring for kids out of daycares and schools, and trying to get the hang of the Health Ministry’s changing directives — which include staying home, limiting contact, and being at least two meters away from the next person if they are out.

Hours and days at home have many capitulating to Netflix or mindlessly scrolling social media while attempting to keep children busy.

While museums, clubs, and other recreational establishments have also closed, they’ve made a dedicated effort to stay on the radar, not only to connect with their patrons but also to offer those cooped up at home some options amidst a harsher reality.

NoCamels highlights six of these institutions, programs, apps, and courses and how they’re helping to offer comfort and entertainment and infuse culture into Israel’s new normal.

Google Arts & Culture has partnered with over 500 museums and galleries to feature virtual tours and online exhibits from the most famous museums around the world.

Among prestigious names such as New York’s Metropolitan Museum of Art and Amsterdam’s Van Gogh Museum, is The Israel Museum in Jerusalem. Google’s platform gives a detailed description of the museum — perhaps best known for housing the Dead Sea Scrolls — and allows viewers to experience virtual reality tours from the museum.

The museum offers one online exhibit called “Questions of Identity,” as part of the platform, featuring historical costumes from the museum’s collection. It also has galleries made up of paintings of Israel, sculptures, ceramics, and more.

NoCamels spoke to Professor Ido Bruno, Anne and Jerome Fisher Director of the museum, about other virtual projects on the agenda now that most tourists have left the country (Prof. Bruno said they made up 50 percent of the visitors) and residents are staying home.