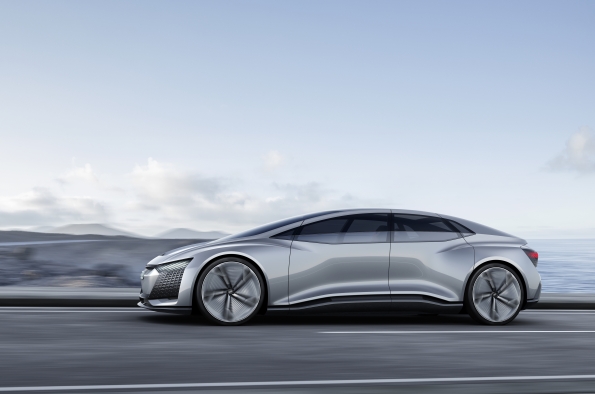 When a rookie pilot flies a commercial jetliner for the first time, it’s not a test. The plane is loaded, often to capacity, with paying passengers. This may be shocking but it’s by no means reckless or dangerous. In fact, it’s the safest way to train pilots. Really? Their first time flying, say a Boeing 737 is no drill.

That’s how reliable flight simulators have gotten. After all, should the pilot trainee crash the plane there is no catastrophe save for the pilots wounded ego. For autonomous vehicles, the same simulators must also be in place, and be even more reliable for obvious reasons. There’s no driver to train but rather a computer, or computers, really thousands, if not millions of data points per second all streaming data to a central cloud server to manage every autonomous car at once.

The following article excerpt was originally published on NoCamels.com.

German car maker Audi AG has partnered with Israeli startup Cognata, which has developed an automotive simulation platform, to forward the development of autonomous vehicles, the Israeli company announced this week. The simulations will be conducted through AID (Autonomous Intelligence Drive), a subsidiary of the German automotive company.

The Israeli startup has signed a long-term contract with Audi in which Cognata’s breakthrough tech will be integrated into AID, which will then implement the company’s cloud-based solution for all simulation purposes on a grand scale, at all stages of development and production of its vehicles.

“We are extremely excited,” Cognata CEO Danny Atsmon tells NoCamels, “We are giving Audi what we call an end-to-end product – starting from development moving to a cloud solution and in the end, an actual embedded device.”

“We are confident that simulation is a key tool to increase the pace of development and an essential tool for testing our products as collateral,” Alex Hague, CTO at AID, said in the statement.

Cognata’s 3D simulator is powered by artificial intelligence, deep learning, and computer vision to create a “hyper-realistic artificial environment in which comprehensive and secure simulations of large-scale autonomous vehicles are conducted before testing vehicles on real roads,” the company says.

The cloud simulator, powered by deep-learning algorithms, trains autonomous car software through virtual driving, allowing the software to learn quickly. The simulator, which has roads, vehicles, and can even generate various weather conditions, can simulate thousands of different scenarios so that the cars will constantly be learning to drive in a real-life manner.

The system is based on three layers of different deep-learning algorithms, Atmson tells NoCamels. The first two layers make up objects in the surrounding environment as well as other elements like cars, time of day, and weather conditions. The third is a sensing layer which behaves as if the car is powered by real-life sensors. Cognata models around 40 sensors used in autonomous driving systems, mimicking how they would respond to the static and dynamic environment to generate data that the cars can process.

Audi and BMW are just some of the international car companies working with Israeli startups to integrate auto tech.

Cognata’s platform also offers 3D simulation of real-life cities. So far, the company has been able to create simulations in San Francisco, Munich, and Ness Tziona in Israel. There are big differences, of course, Atsmon explains. In San Francisco, for example, drivers must be accustomed to driving up and down seven hills on which the city is built, some of which are quite steep.

Atsmon has a rich computer vision and deep learning background, founding startups like Picitup, a computer vision company that identifies the content of smartphone images and iOnRoad, a company that uses a smartphone camera to warn drivers they are in danger. Atsmon sold the road safety app developer to Harman International Industries, one of the world’s largest vehicle audio, media, and navigation system companies, in 2013 for an undisclosed amount and then spent three years leading Harman’s team as CTO before moving on to Cognata. Harman later became a subsidiary of electronics giant Samsung in 2016.

Atsmon says leading the teams at these startups helped prepare him for the competition worldwide. Israel’s advances in artificial intelligence, deep learning, and computer vision are what sets its entrepreneurs apart in auto tech, he tells NoCamels.

“If you look at other startups in the simulation world, they’re recreating very small scenes, nothing close to what we have here,” Atsmon previously told NoCamels.